Ber has been involved for 31 years and in the early years Ber served on the Board of management and still today does outstanding work fund raising and volunteering. 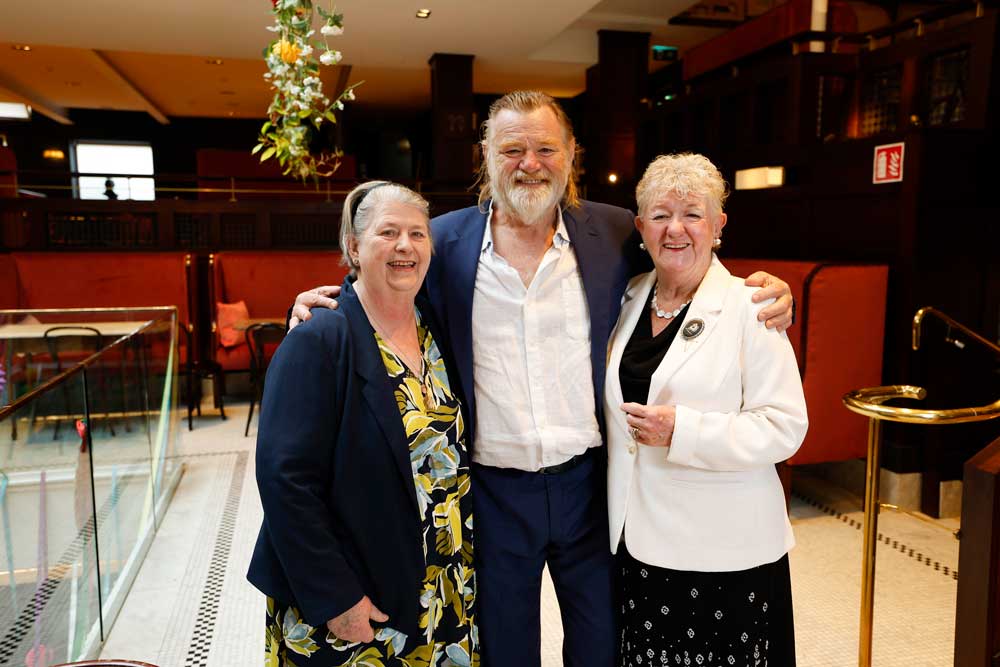 Ber remembers Hosting a coffee morning in her own home and was there right from the start when Bewley’s sponsored the event for the first time.  Ber has proudly organised a coffee morning for each of the 30 years and is currently preparing for the Anniversary morning on September 22nd.

Each year Bers Coffee morning got bigger and bigger, and she now runs the event in the Thatched Cottage, Ballycommon. Ber is also involved as a volunteer for the organisation all year round.

Hospice is very dear to Ber and her family as her late brother and sister both availed of the Hospice Services.

Ber Slattery extends a warm congratulations to Bewley’s and Hospice for all the wonderful work over 30 years.

It is with great pleasure that North Tipperary Hospice Movement nominate Ber Slattery for this well-deserved award and thank her for all her wonderful work for the organisation over 31 years.

Ber was named Super Host at a function in Bewley’s Café on Thursday 18th August where Eileen Kennedy Secretary North Tipperary Hospice and Ber Slattery has the pleasure of meeting the Hospice Ambassador Brendan Gleeson whose father and uncles came from Thurles and Brendan had special time for all the Volunteers who work for Hospice all over the country.

We Need Your Help!

Thursday 22nd September all over the country people are encouraged to Host a Coffee morning in aid of the home care service in each county.   Your support is much appreciated, and all the money collected stays in North Tipperary Hospice Movement.  Special thanks to Leila Kelly who coordinates the In-Home Care Service.

If you would like to Host a Coffee morning or event for us, please contact the following numbers for details:

Thank you for your continued Support and Generous Donations.

We use cookies on our website to give you the most relevant experience by remembering your preferences and repeat visits. By clicking “Accept All”, you consent to the use of ALL the cookies. However, you may visit "Cookie Settings" to provide a controlled consent.
Cookie SettingsAccept AllRead More
Manage consent

This website uses cookies to improve your experience while you navigate through the website. Out of these, the cookies that are categorized as necessary are stored on your browser as they are essential for the working of basic functionalities of the website. We also use third-party cookies that help us analyze and understand how you use this website. These cookies will be stored in your browser only with your consent. You also have the option to opt-out of these cookies. But opting out of some of these cookies may affect your browsing experience.
Necessary Always Enabled
Necessary cookies are absolutely essential for the website to function properly. These cookies ensure basic functionalities and security features of the website, anonymously.
Functional
Functional cookies help to perform certain functionalities like sharing the content of the website on social media platforms, collect feedbacks, and other third-party features.
Performance
Performance cookies are used to understand and analyze the key performance indexes of the website which helps in delivering a better user experience for the visitors.
Analytics
Analytical cookies are used to understand how visitors interact with the website. These cookies help provide information on metrics the number of visitors, bounce rate, traffic source, etc.
Advertisement
Advertisement cookies are used to provide visitors with relevant ads and marketing campaigns. These cookies track visitors across websites and collect information to provide customized ads.
Others
Other uncategorized cookies are those that are being analyzed and have not been classified into a category as yet.
SAVE & ACCEPT
Powered by